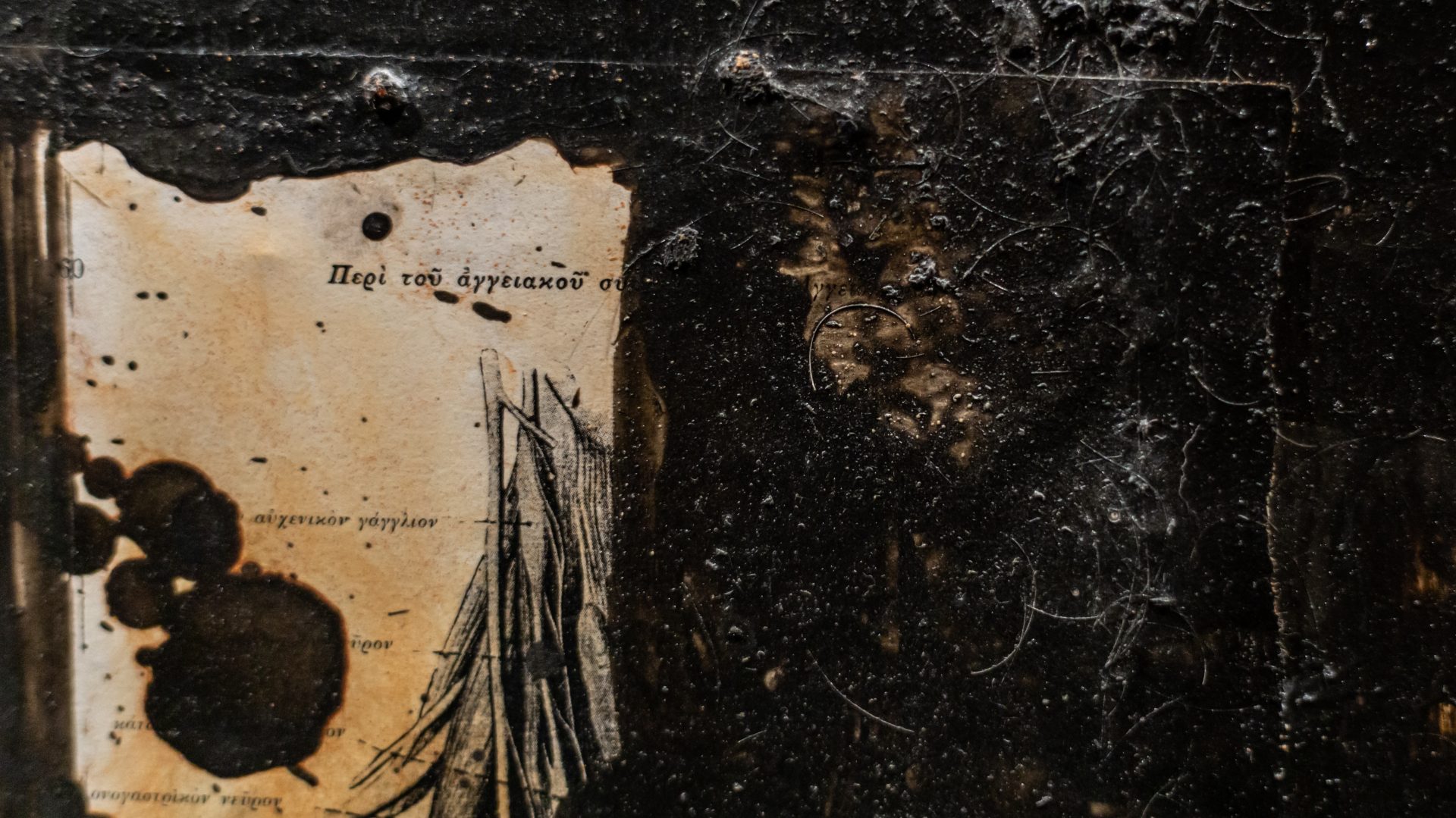 Following Conjecture’s 2015 Raumklang album that explored the Canadian arctic region of Nunavut, Greek artist Vasilis Angelopoulos now takes us for a nocturnal stroll through metropolis, of a dystopian, Blade Runner-style variant that is. Again he unveils a remarkable arsenal of sounds, the detailed work of a musical perfectionist; and yet the nature of the topic treated necessitates a stronger emphasis on the electronic edge, the reflection of dehumanized living conditions, the industrialization of life. The result is IDM, on the heavy and grim side, with strongly emotive passages guaranteed to mesmerize the genre aficionados. Just short of an hour, “Urbanitarianism” is a strong, concise statement that you just can’t ignore!
(Raumklang music)

Amidst the grimy, abandoned streets, the moist, decaying buildings, the battle for a species’ survival, for its self-preservation, continues. Although wars are generally waged against other human beings (and their incompatible ideologies), this fight is against neither flesh and blood nor systems of values and beliefs. Rather, it’s directed against a formidable material environment, at once spiritually disarming and lethal. as a merciless dictator, the city’s ginormous glass buildings and monolith concrete structures have obstructed the natural flow of vital energy, leading to spiritual sickness and encouraging desperate measures. Feel crushing weight of the solid, opaque, heavy constructions on the spirit; feel the sense of claustrophobia, of asphyxiation, of disorientation sucking the life out of the soul. Time is running out, and the solution is urgent. in this war, firearms are rendered impotent. Rather, secret ritual practices in the form of blood ceremonies, blood baths, and destructive sigils make up the palliative substance, a sort of spiritual guerrilla tactics. And yet, there’s a lethargic tone in the efforts, suggesting a faint light that’s dimming even more. The first glow of morning light is on the horizon, and sadly no sense of solution seems plausible.
(Glen Tartaglia)